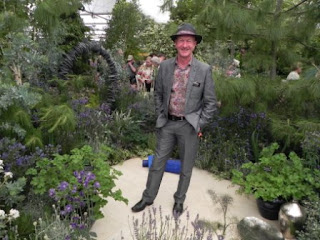 Always hard to know where to start on getting things together for Chelsea - few ideas starting to spin around - its just turning them into reality.  I was only saying yesterday morning - would be great just advising people on their gardens - sweeping in - dishing out loads of suggestions and then just moving on to the next one.  Unfortunately I'm not like that and I want to see it done - usually that means getting in there and making it happen. So when it comes to Chelsea I know that I have to make the ideas happen - and they've got to work.
Therefore I choose to work with people who think the same way. A visit to organicstone is always a good starting point﻿. They make the most wonderful outdoor flooring (far more than just paving) that makes up all the surfaces in the Hillier exhibit. I know they'll have something different and I know they will be innovative, enthusiastic and I'll get inspiration.  Yesterday was no disappointment!
A glorious sunny day - a lovely drive over to Gloucester - and loads of ideas.  Vicky, Gina, Sue and Brian were on great form - Brian's birthday (sorry promised not to mention it) and chicken and chips at Nandos.  Took Ra with me for a day out - I know how to spoil a girl!  Anyway we talked a lot, put the world to rights and got ourselves geared up for the run into the show.
Actually their new flooring tiles could not be better - formality, history, heritage, style: an air of grandeur. I think this can work really well with lush planting -lots of strong shapes and forms.  It's a bit grand garden - I can feel a grotto coming on - maybe a pavilion or folly.  Might have the fencer image sussed too...
Anyway its a lovely sunny Saturday so back to reality.  Garden filled with the scent of Dahne bholua and I've got trees to plant............... 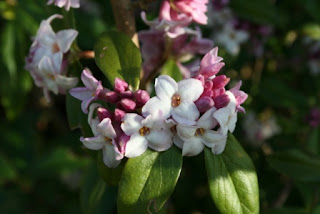 Posted by Andrew McIndoe at 02:16 No comments:

En Garde! - Duel and the Crown!

Well this is it - time to get down to some serious thinking about Chelsea 2012.  Everyone thinks I'm really "busy with Chelsea". In fact I've talked about it a bit - Hardy Plant Society last Friday night, and Havant Inner Wheel this thursday.  Other than that "good intentions" would probably best describe my efforts to date! However, the clock is ticking and I'm off the Gloucester on Friday to talk surfaces - so guess I need to know what to surface.
So what's it all about? Well Chelsea 2012 was really born at last Chelsea - during staging week.  On the thursday I took an unprecedented break and went for lunch at The Chelsea Physic Garden with Liz (PR) and Ian and William from Beazley. All Liz's idea and I have to admit I was reluctant to think about 2012 in the midst of 2011 but I was persuaded and amidst the vases of sweet peas, sea bass and rose wine a little inspiration landed. Beazley sponsor The British Fencing Team - Liz's family are fencers - I know nothing about fencing - perfect!
However, as you know I love a challenge. Sail for Gold in conjunction with Skandia and the British sailing team was one of our great successes. At least fencing can take place in a garden, whereas sailing couldn't be further away.  ﻿
So far I can see a little formality, some spiky plants and a sensible space for live fencing action and........well that's about it. I do find when I start to tell people about it I get ideas - so that's where you come in: keep reading and following - post comments, tweet, facebook or shout encouragement - all will help!
Have I tried fencing yet? No ...........but I have been lunging regularly - watch this space.
﻿
Posted by Andrew McIndoe at 09:17 1 comment: