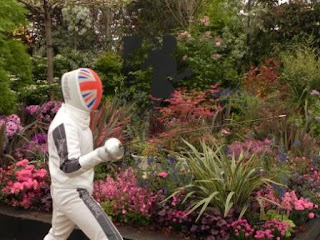 My last day at Chelsea always feels the same: I am sorry to be leaving, can’t bear the fact that it’s all over, but there’s also a sense of relief.  I am tired and emotional; not helped by the consumption of a few Pimms and glasses of fizz no doubt. I’ve met up with so many friends during the week; old and new. Twitter buddies, friends from school and university, fellow horticulturists, lovely ladies I’ve been to speak to and garden lovers that have visited my garden.  I suppose that’s what I love about Chelsea; the variety of plants and people. 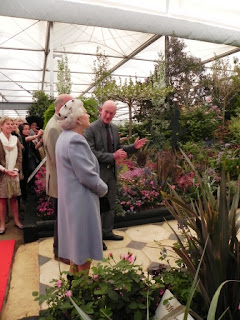 Our young fencers from The British Fencing team have been awesome, a delight to have on the exhibit and they have been so popular with the visitors.  Visitors from Beazley, specialist insurers, our partners who sponsor the British Fencing team, have been a delight to welcome to the show. I am particularly pleased that we have welcomed many new people to Planet Chelsea this year. Those that have not visited the show before, but who are now captivated by its magic and look forward to making it part of their year, and who are inspired by a new interest in plants and gardens.
As ever I have particularly enjoyed meeting and working with keen young horticulturists who see horticulture as a career. Chelsea rekindles ones hopes for the future of British Gardening and no year needed that more. The sunshine has helped, it always does. Some of the media, especially those responsible for the main coverage of the show seem to have missed the fact that the garden industry has had a disastrous spring – life threatening in many cases.  We all talk tritely about how difficult it’s been to get things ready for the show. This misses the fact that plant and gardening sales have been half of last year through April and May – the biggest months of the year. Can I just clarify how difficult that makes it to justify spending huge amounts of money on Chelsea – will we all be here next year?  Told you I was tired and emotional............................ 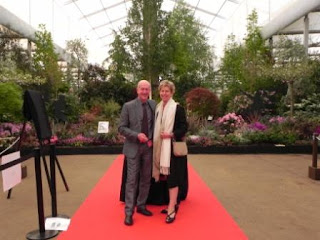 What happens next? Early on Sunday morning, very early, Duel and the Crown will be torn apart. The show plants will head back to the nursery for R&R. Some of the other plants will be sold off on site, the rest head back to Sunningdale for our annual Chelsea sale.  There will be some salvage, and the rest of the foundations of the garden will be scrapped. Duel and the Crown will live on in pictures and in the memories of those that worked on the garden and hopefully visitors to the show. Many say it’s our best Chelsea exhibit ever; but they say that every year. What do I think? – I’ll tell you in a couple of weeks time.